Nowadays, people are aware of their health. They want to keep their health healthy. To keep health healthy, they follow some rules like exercise, diet, etc. But sometimes they break these rules and surrender to something special, Ice Cream is one of them. North to South, East to West all over the world, everyone likes It, no matter how old are you. Best Ice Cream won everyone’s heart.

There is no specific document about the first ice cream inventor or when the first it was made. First Ice Cream was eaten in China is about 2650 years before. A Chinese king named Tang had recruit 94 ice men who make a mixture of buffalo milk, camphor, flour for him. 2200 years before, there also make a kind of ice cream which is a mixture of milk and rice. Besides, there were rumors that Nero Claudius Caesar, the Roman Empire recruit some men to bring the snow from the mountain and flavored it with different kinds of fruit and juices is about 2050 years before.

Vanilla is one kind of bean which is harvested from an orchid plant. Vanilla words come from ‘Vaina’ which is a Spanish word. Actually, vanilla is one kind of aromatic bean. However, there are one hundred fifty types of vanilla flavors in the world. Vanilla is the king of flavor. There are different kinds of ways to make vanilla ice cream at home. Here given a simple recipe anyone can make this type of ice cream at home. Here is some recipe: 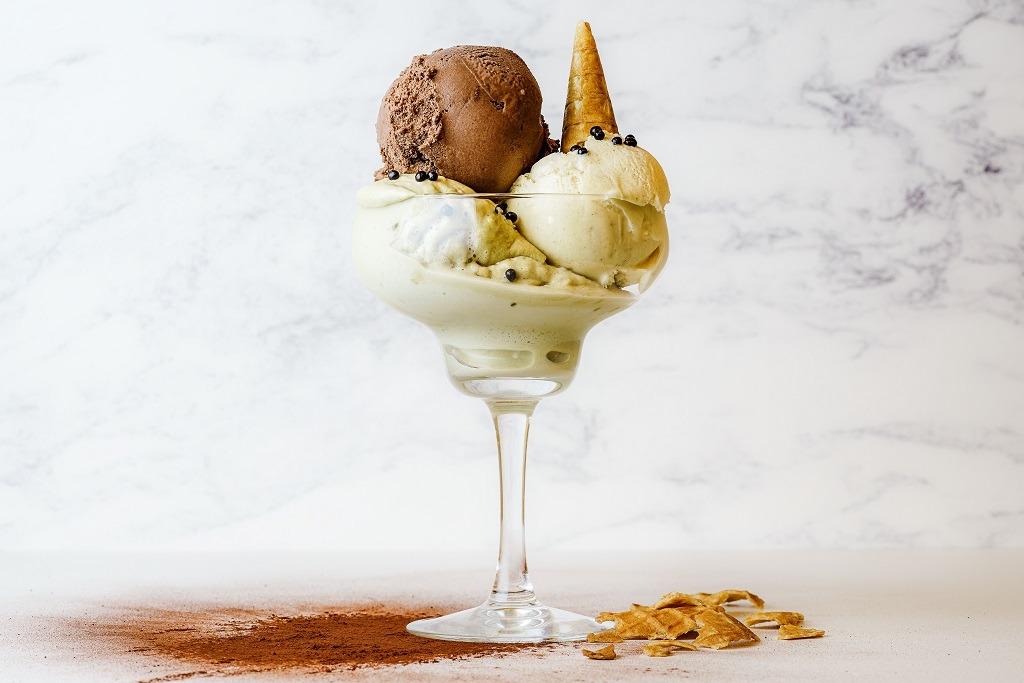 Step 1:
Take 6 large chicken eggs in a big pot then add one and a quarter cups of sugar. Now mix all of them with a hand mixer.
Step 2:
After mixing now add vanilla extract, 1 can, or fourteen ounces of sweetened condensed milk. After adding again mix up them with a hand mixer.
Step 3:
Add 2 cans or 24 ounces of evaporated milk and 1 tablespoon salt mix up together again.
Step 4:
Pour that mixture into the canister. Place the canister into a big tub. Pour the tub
with ice.
Step 5:
Now use a machine to shake the mixture, do it until the mixture became feezed. After freezing,
take out the canister.
Following these instructions, anyone can make Old-Fashioned Vanilla Ice Cream.

How To Make Strawberry Ice Cream 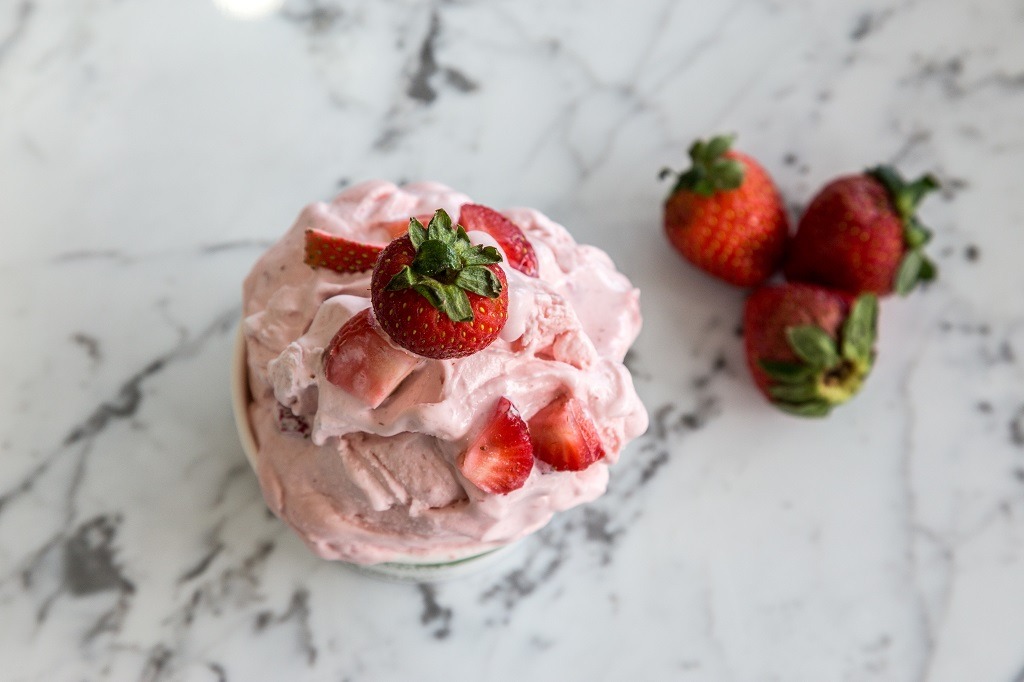 Step 1
Cut into pieces the strawberry.
Step 2
Blend the strawberry pieces until smooth it and don’t add water.
Step 3
Take one cup of chilled whipping cream in a bowl and beat until soft peaks. You can use a hand mixer.
Step 4
Now pour ½ cup condensed milk into beat chilled whipping cream. And again, beat it for a few seconds.
Step 5
Now add 1/3 cup strawberry puree and add few drops of strawberry essence. If you want to color it you can add few drops of pink color it is optional but the color should be food grade. Now mix all integrant. To mix well use a hand mixture. Take a container and pour it with the mixture. Then shake it and close it with an air-tied cover. Now keep it in the freezer for 10 to 12 hours or overnight.

Following this method, anyone can make strawberry ice cream at home. This can be your wedding special.

How To Make Chocolate Ice-Cream 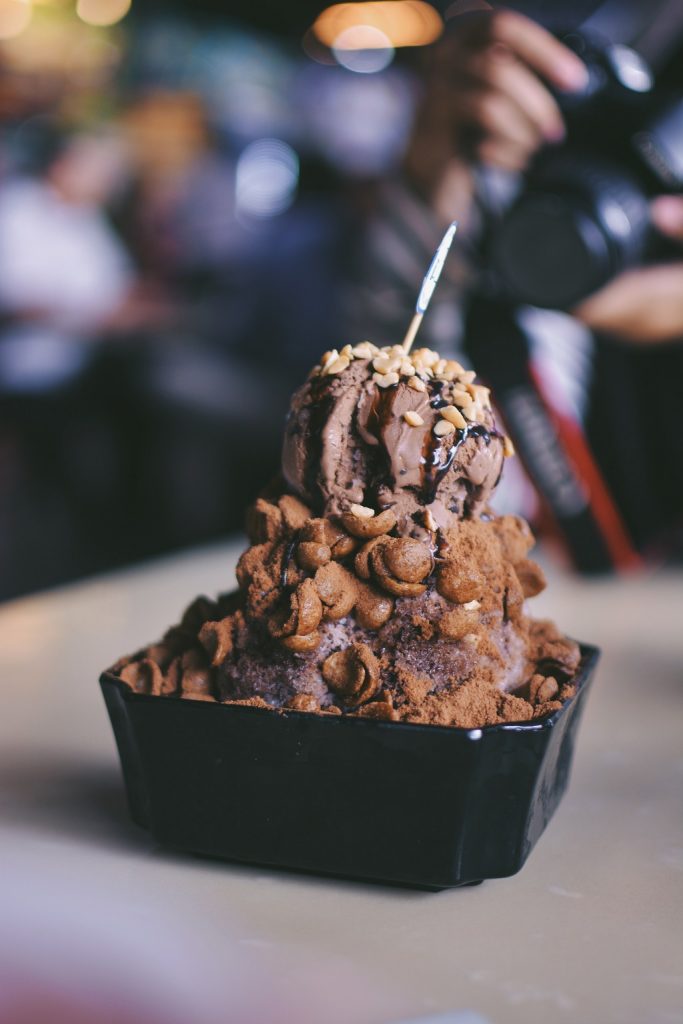 Step 1
Take a bowl and pour it with two cups of heavy cream.
Step 2
Beat the heavy cream with a hand mixer until smooth and don’t add water.
Step 3
Pour the sweetened condensed milk into the bowl and cocoa powder. Now beat it again but low speed until incorporated.
Step 4
Take a container and pour it with the mixture. Cover it with an air-tied lid and freeze for at least 6 hours.

Ice cream is one kind of food though it is served as dessert. Food is healthy or unhealthy it depends on the what kind of ingredient are used, the processing way and the environment of the place where prepare the food. If one of them is unhealthy then the food also unhealthy. If the food contains too much fat, sugar, oil, etc. which are not good for health then the food also unhealthy. Generally, it is made of sugar, carbohydrates, and fat which are not good for health. But when food grade ingredient is used then it is healthy. If anyone eats a little bit but not regular then it does not harmful to health. From the other perspective, it is good for relationships. It is easy to impress anyone with ice cream. Eating with family strong the family bonds. 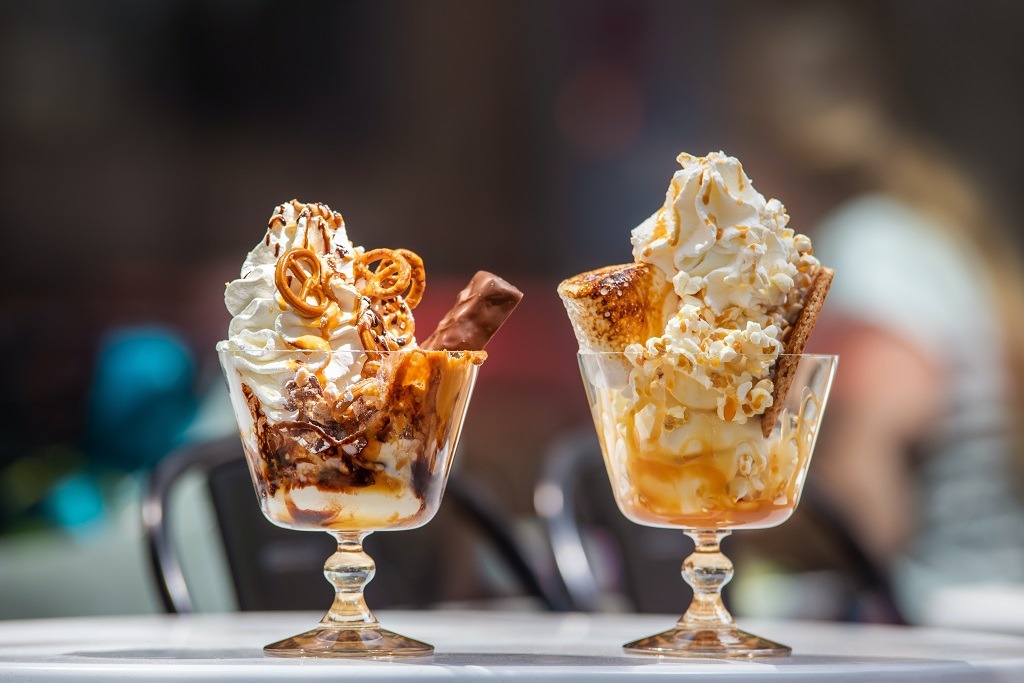 There is some expensive ice cream which one scoop can empty your money bag. Some are not available in every country or restaurant. These are made of some rare ingredients. That’s why they are so expensive. Frrrozen Haute Chocolate Sundae is made at Serendipity 3. Serendipity 3 located in New York City. This luxurious ice cream prize is 25000 dollars. It was set a record in the Guinness as the world’s most expensive one. It is made of some rare ingredients including cocoa blends, milk, whipped cream, and truffle pieces. They had used 23 karat gold inside this luxurious dessert. 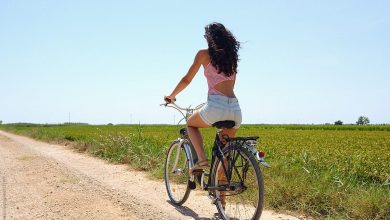 Four Vital Health Benefits You Get When Cycling on a Bike 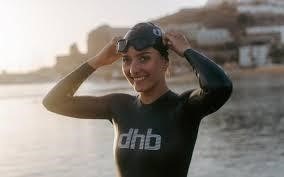 Some of the Dangers of Swimming Outdoors

How to Adjust to Working from Home 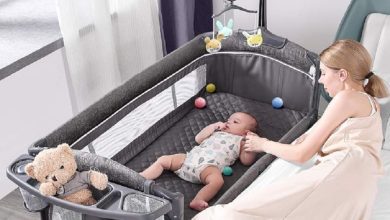 Why Do Newborns Need A Bassinet?